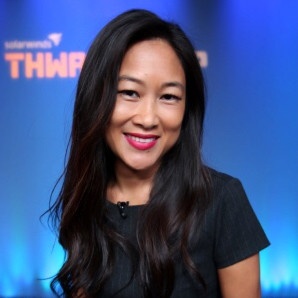 Nokia and Microsoft jointly announced today that Nokia will be using Windows Mobile as it’s smart phone OS. Nokia will add value to the Windows Mobile platforms in the area’s where Nokia did well, however this agreements narrows the phone market down to 4 major players, Specifically Microsoft, Apple, Blackberry and Android. Where’s this going? […]

HP unveiled it’s operating system offering for phones, tablets, and….. PC’s So where is this going? Microsoft has been publicly chasing all things cloud for a while, so it may not come as a surprise that the folks who make the hardware may believe that the days for selling a device with an OS are […]

Very common for most orgs evaluating cloud based mail to not know where to start, or understand where the benefits are. This morning I was made aware of a free tool from Quest, called the Quest Migration Assessment Tool, or QMAT for short. It’s a  browser-based application that provides guidance for evaluating Microsoft Exchange Online […]

There’s a lot of buzz this week around Microsoft and HP’s release of “Exchange in a tin” the HP E5000. Looking at the link on the HP website reveals a lot more than the FUD and the rumours, of what it can and can’t do. The Microsoft press release is positioning this as a cloud appliance […]

My name is Nicolas Blank, I live in Cape Town, South Africa. My current Bio is as follows: Nicolas is the founder, as well an architect, author and speaker focused on Office 365 and Azure at NBConsult Group in South Africa, England and Hong Kong. Nicolas is a Microsoft Certified Master for Exchange and Office […]

The Microsoft Touch Mouse, honestly I was amazed when I saw this on a PC platform. A lot of the gestures make sense and all I can say is that I’d like one please! Checkout the video to see for yourself.

According to Redmond Magazine who released an article by the same name here. A few surprises – Exchange 2010 and Office 2010 aren’t on the list – but then they were released in 2009. Things that aren’t surprises are the number 1 and the things that aren’t number one – but don’t let me spoil […]